A scholar once said that reading a translation is like kissing your bride through a veil.  Though translations are useful, there are always compromises and concessions when information is conveyed from one language to another.  The pursuit of learning Hebrew is a noble one, whether the goal is mastery or gaining a basic knowledge for improved study. There is low-hanging fruit to be had—by the bushels—for just a modest effort in the study of Hebrew.  Here is the reason why:

The Old Testament (Hebrew Bible) is 100% of the Jewish Canon and roughly 75% of all scriptural revelation within the Christian Canon. The crown jewel of all Hebrew literature is the Book of Moses, (or Torah—translated “Instruction”); it is the foundational book for both the Hebrew OT and the Greek NT.  Happily, it is written in relatively simple narrative form and is one of the most accessible books in the Hebrew language! 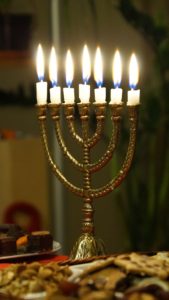 The Hebrew Canon consists of three parts: the Torah, the Prophets, and the Writings/Psalms, all of which were written in Hebrew.  Learning Hebrew helps because it allows direct access to the greatest amount and most foundational portions of the Word of God.  Out of all times, places and available languages, God first spoke to His people in Hebrew.  Every serious student of God’s Word knows that the best place to start his or her study is בראשׁית, that is, they must start “in the beginning.”

Here is one example of how Hebrew helps:   Gen 2:15 contains a purpose statement concerning Adam.

“Then the LORD God took the man and put him in the garden of Eden to tend and keep it.”

Most translations render the two verbs here, “work” and “keep”, leading most English readers to interpret Adam’s purpose as a worker and cultivator of the garden, i.e. a farmer.  However, the terms used here, עבד and שׁמר, have broader semantic ranges than any one word in English.  The term עבד means “to serve/labor”; the term שׁמר means “to guard/keep/watch/preserve/obey”.  Apart from this semantic observation, Hebrew grammar helps.  Most English translations supply “it” as the object of the verbs; however, the verb endings are both feminine, and the (incorrectly) presumed object of the verbs—garden—is masculine.  This means that Adam’s purpose in the garden was to serve and guard something other than the garden.  Interestingly, the only other place where these two verbs are paired by the author is in the description of the work of the priests within the tabernacle.  Indeed, many scholars have noted that there are numerous symbolic, textual clues woven into the description of the garden comparing it to the tabernacle of God.[1]  With an understanding of basic Hebrew vocabulary and grammar, the reader enjoys a more robust understanding; they now know that in addition to having rule and dominion over the beasts of the field, Adam was called to a priestly role serving God and keeping His law.[2]